In SVC-based DASH, the SVC layers are provided in multiple representations. A normal SVC bitstream has enhancement layers located at each frame. For SVC-DASH each temporal segment is split into multiple chunks, one per layer. Each of the chunks contains several frames for one layer. 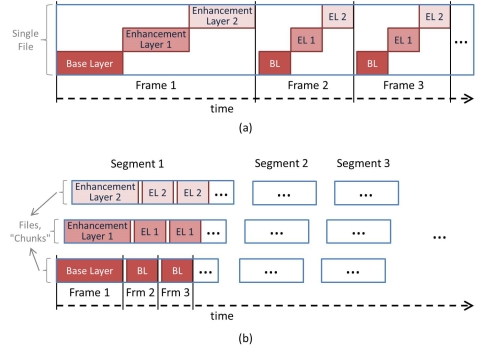 Segmentation of SVC bitstream for DASH. SVC layers in (a) original bitstream and (b) segmentation for DASH
Both tools are implemented as Python scripts and can be found on Sourceforge: http://sourceforge.net/projects/svc-demux-mux/